With less than two months left before the election, this is an explainer for the politically panicked. You're anxious, you feel the need to do something, and you have a little money to spare. Who should you give it to?

My goal here is not to sell you on specific candidates (though I'd be the worst fundraiser in the country if I didn't make a pitch!), but to offer you a strategy for navigating a thicket of worthy causes and people. Even if your political beliefs are diametrically opposed to mine, I hope you'll find this advice helpful (but please don't act on it).

I'll start with a disclaimer: there's no rule that you have to give effectively. People make political donations for all kinds of reasons, including symbolic or emotional ones. This post is for people who want their donation to have an impact on election outcomes; that isn't meant to invalidate people who give for other reasons.

So how do you give effectively?

This may sound obvious, but I've heard from a number of people who are very scared about election tampering and want to give to this or that legal defense fund, or are worried that Trump might sabotage Biden's transition and so are fundraising for that contingency. These are all excellent causes to support—starting November 4.

Just like with a gold medal, it is important to first win the election before worrying whether someone will steal it.


Give directly to candidates

Skip intermediaries and give to candidates. This is the only way you are going to help anyone at this late hour. There are a lot of political action committees and earnest nonprofits vying for your dollar, and they can be very convincing. The reason they are so good at persuasion is that they spend all the money you give them on learning how to do it better.

Anything you give to PACs or the national party will be spent on administrative overhead and additional fundraising. If you're lucky, maybe they'll buy an ad with some of it. That includes the various independent "get out the vote" schemes and phone banking efforts not affiliated with any campaign.

Just give directly to the people running for office. No one wants to turn out votes more than they do.

If you're not sure whether money from a fundraising solicitation is going to an intermediary or a candidate, search for the candidate's campaign page and click the donate link there.

Be alert for fundraising appeals that claim to support a candidate, but tack on other recipients. On sites like ActBlue, you'll always be clearly shown where money is going before you finalize your donation. This disclosure is required by law.

Political spam is annoying, but it is also the quantum unit of political sacrifice, in that there's no smaller sacrifice you could be asked to make. Unsubscribe and endure.


Give as soon as possible

Even in a normal year, early money is many times more effective than November 1 panic giving. It gives the candidate strategic options—they can use it to hire staff, cut an ad, set up a new mailing, schedule events, or to persuade skittish potential donors who may be on the fence that they are worth further investment.

In 2020, with a pandemic in progress and so many people voting by mail, early money is even more essential. The mail-in vote widens the window of time for reaching voters, but it also moves the election forward. In North Carolina, for example, Federal ballots have already been sent out—the election is happening there right now!

The sooner you give, the more time a candidate has to reach persuadable voters before they send back their ballot, or throw it away.

One surprising thing I learned as a fundraiser is that giving is a social act that cuts through the loneliness and isolation of our dispiriting political process.

If you and two or three friends can scrape together a few bucks to help a schoolteacher running for state senate somewhere, you'll be amazed at the psychic armor it gives you against hopelessness and cynicism through November and beyond.

The worst place for a political dollar to land is in your pocket.

While there's general consensus about what races are competitive and underfunded, trying to optimize your giving too far can be counterproductive. Surprising outcomes happen in politics, and there’s no reliable way to distinguish an underfunded winner from a turkey.

You won’t know which square of parched earth might flower until you water it. Pick campaigns where you think money can help (I'll have advice on how to do this in a forthcoming post), but don't obsess about making mistakes.


Give to downballot candidates

This is a big one, so I'll spend some time on it.

2020 is a year when "big name" campaigns have already become saturated with money that they have no useful way to spend. You might as well hand your donation directly to Facebook and save them some time. The most competitive major races hit this point back in June.

To pick one example, by June 30, Amy McGrath had raised nearly $50 million in her Kentucky run against Mitch McConnell (compare this to $3 million raised in the far more competitive Alaska Senate race). By that same date, Sara Gideon in Maine had raised $25 million, which is six times Susan Collins' total campaign budget in 2014. The Biden campaign raised a third of a billion dollars just in August.

There is nothing wrong with great fundraising—hooray fundraising!—but as we saw with Mike Bloomberg, there is a point past which you run out of effective ways to allocate money. Kentucky voters can absorb a lot, but they can't absorb $100,000,000 of Senate ads. And campaign finance law doesn't allow candidates to pass campaign funds along to other candidates beyond a token amount.

This is why I'm an advocate of indirect giving. If you want to support Biden or the Senate campaigns, find underfunded Congressional, state and local candidates running in districts those big campaigns need to win. Downballot candidates target groups of voters that may be invisible to the bigger campaigns, but whose vote will help them in November.

Consider that in a state house campaign, where the voter universe may be a few thousand people, it's not unheard of for the candidate to have met every voter individually.

Let me illustrate with an example. Sara Huddleston is a state house candidate running in Storm Lake, a small town in northwest Iowa. She can expect about 12,000 people to vote in her election, and her path to victory lies in turning out Latino voters at local meat packing plants, a constituency she has been organizing for many years.

As you can imagine, these immigrant workers, disproportionately sickened by the pandemic, are not big fans of Trump or the Republican Party. But they are also not listed as likely voters in any database. As Sara explained to me in a conversation a few weeks back, getting them to vote in past years meant convincing tired, hungry people to go back out in the dark and cold after a long shift, to participate in an abstruse process that few were familiar with.

There's not enough of these voters to interest Biden (who even during the caucuses never visited western Iowa) or Theresa Greenfield, the Democratic candidate for Senate. But these voters are Huddleston's base! She can't afford to ignore them. If you give her campaign money, she will spend the money on getting those people to vote. And this year, she has over a month in which to do it.

Because people don't split tickets much anymore, it's likely that whatever votes she can get will also go to the house candidate in her race (J.D. Scholten), the Senate candidate in Iowa (Greenfield), all the way up to Biden himself.

These are the kind of bonus votes that we can bank by funding local races. No amount of money given to the Biden or Greenfield campaigns is going to get us Latino votes in Storm Lake, but those votes are ours for the taking by supporting Huddleston. And rural America is full of these Storm Lakes.

(If you’re a Republican reading this, just swap 'rural' for 'urban' here.)

What makes this indirect strategy appealing is the enormous fundraising disparity between state races and national ones. A typical budget for a state candidate targeting 20,000 Midwestern voters might be $50,000. Compare this to the Senate campaign in Maine, where over $41,000,000 has already been raised to reach an electorate of 828,000. That's a 24-fold difference in reach for every dollar spent further down the ballot.

When it comes to state races, Republicans still run circles around us. In Florida, state house races have struggled with a 5:1 fundraising disparity even as Federal races are roughly at parity. Republicans often have the support of local businesses and chambers of commerce, and run wealthy candidates who have a large fundraising network.

So to summarize–downballot races are cheap, cost-effective, and because they are so local, they can turn out low-propensity voters that the others can't. Joe Biden is not going to go bang on his neighbor's door to make sure they mail in their ballot, but I know a handful of state candidates who absolutely will not scruple.


Figure out your what your goal is

If you think the most important goal in 2020 is to put Biden and Harris in the White House, then limit your giving to the dozen states where that election will be decided: Florida, Pennsylvania, North Carolina, Arizona, Iowa, Michigan, Wisconsin, Minnesota, Nevada, Ohio and the second districts of Nebraska and Maine (where the electoral vote is split). Treat events in the remaining states as political theater designed for media consumption in the swing states. You don’t have to like this system, but recognize that it’s a political fact of life until we elect people to change it.

If you think that there’s no more important goal than winning the Senate, then focus on the states that will decide the Senate majority: Maine, Kansas, Iowa, Michigan, Georgia, Arizona, North Carolina, Montana, Colorado, Texas, Alabama, South Carolina, and Alaska. Give indirectly there unless you feel the campaigns can make good use of the money.

If you care more about specific issues like police reform or health care, then target your giving accordingly. The best way to improve health care in 2021 is by voting out state legislatures blocking Medicaid expansion in Florida and North Carolina. The most direct path to police reform is local and state elections—the details are highly dependent on where you live and how your police department is run.

If you can't decide what you want, then hit the states where all these issues overlap—it’s hard for a Democrat in 2020 to go wrong helping downballot candidates in Arizona, North Carolina, and Florida win.


Oh my God, just tell me what to do 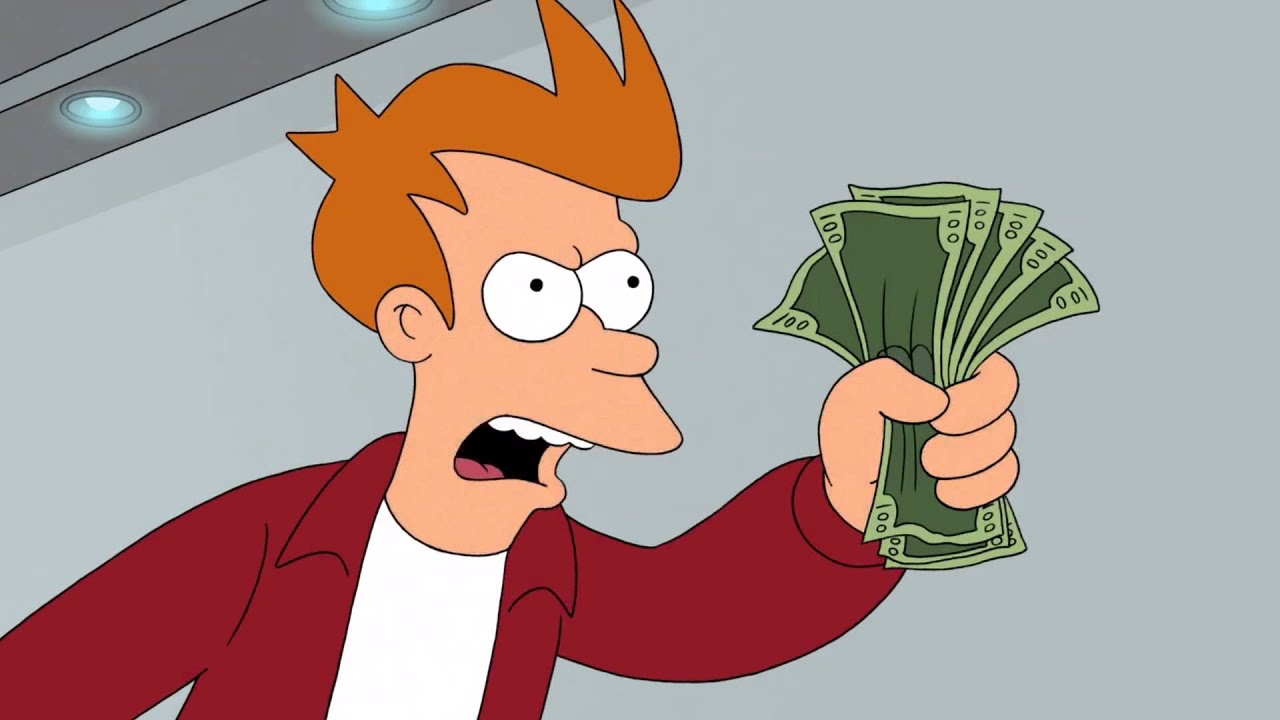 Last time we tried this, we got a guy into Congress. This year we're trying something new, and maybe something good will happen again.

Still not satisfied? Then check out these similar efforts:

You'll notice significant overlap in these slates—there are lots and lots of winnable races out there that just need some money, and a lot of people have converged on a similar list of them.

Remember the dictum about avoiding analysis paralysis! Just pick one and go!