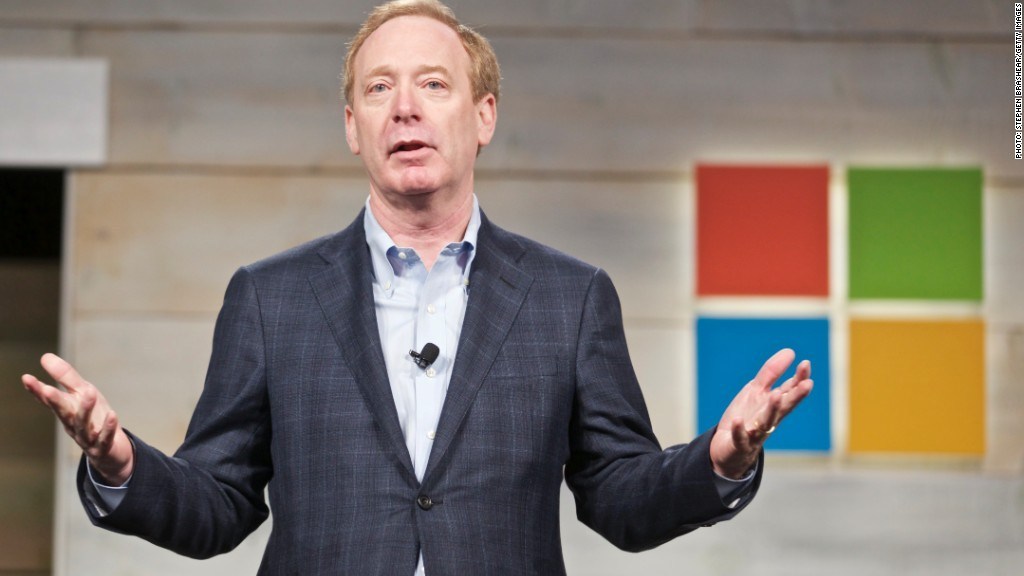 Microsoft’s president Brad Smith regularly tweets in support of the so-called Dreamers—the 800,000 people who were brought to America as children, and who cling to a precarious legal status. Microsoft sued the Trump administration over their cancellation of the DACA program in 2017, and Mr. Smith frequently calls on legislators to enshrine the program in law.

However, over the same period, Microsoft’s political action committee has given over $100,000 to members of Congress trying to dismantle DACA—including $10,000 in March to Mitch McConnell, the central figure preventing DACA legislation from getting a Senate vote.

Microsoft employees troubled by these donations aren’t even allowed to raise concerns about the company's political giving with their colleagues: they were recently told that such conversations could be considered harassment.

In the dissonance between his words and actions, Mr. Smith resembles another tweeter-in-chief who likes to create an alternate reality on social media.

In that mirror world, Microsoft is a champion of refugees, immigrants, women’s rights, climate science, diversity and inclusion in the workplace, equality for LGBT people, and election security. But the company’s political donations tell a dramatically different story.

What makes Microsoft’s duplicity around DACA so galling is that the employees it puts at risk have no way to voice their dissent. The company’s ‘PAC 101’ sessions, the only venue employees have to confront management about the company’s political giving, are strictly limited to citizens and green card holders. So are the special ‘1:1’ sessions the PAC sets up to persuade prospective donors.

Meanwhile, thousands of Microsoft workers who hold an H1-B visa, as well as employees in the DACA program, are left guessing why Microsoft gives money to the politicians trying to deport them. There is no way to ask about how donations are made, or learn who is making them, without paying into the program.

This shameful contrast between word and deed has not gone unnoticed inside the company. For some time, a small group of employees has been working to defund the PAC by individually contacting donors, whose names are a matter of public record. Many contributors pay into the PAC by automated payroll deduction, and are unaware of where the political donations go, or how much the company’s giving diverges from its public rhetoric. Shown how executives are spending their money, they can sometimes be persuaded to stop paying in to the system.

Now there is evidence that management is pushing back.

Writing in a private Facebook group for Microsoft employees last Saturday, Kelly Eaton, the Director of Microsoft PAC, said that “employees who support the MSPAC and are being internally harassed for their support can escalate through HR channels or reach out to their management. [The] employee code of conduct does not tolerate harassment of other employees for participating in a voluntary organization.”

Eaton did not make clear whether she was referring to a specific incident, or to the defunding campaign more generally. She referred a request for comment to a press representative, who told me that Microsoft was not aware of any instances of harassment.

Confronted by employees on an internal message board over Microsoft’s political giving, Mr. Smith pleaded for them to be more understanding. But he ruled out following the example set by Apple and IBM and shutting down the PAC entirely, claiming that doing so would be bad for Microsoft.

One reason for his reticence may be a massive Pentagon contract. Microsoft and Amazon are finalists in the Pentagon’s joint enterprise defense infrastructure (JEDI) program, worth over 10 billion dollars. Both companies give copiously to members of Congress, and Mr. Smith may fear that turning off the political tap would give rival Amazon (who have been equally cynical in their political giving) the upper hand.

In the conclusion to his internal post, Mr. Smith concedes that “It would be easy to give up on the PAC and simply abolish it. Then no one would ever have to worry about internal or external debates about who the PAC is supporting.”

But for Microsoft’s thousands of foreign-born employees, it is more than a question of debate. It is a matter that affects their families, livelihoods and basic safety.

Like the President, Mr. Smith seems to find it easier to tweet than act on his words. But employees can hold him to the promises he makes on Twitter. They should continue the defunding campaign, and demand an end to Microsoft’s hypocrisy around DACA. In a key American industry where more than half of workers are foreign-born, there can be no room for cynical duplicity around immigration status. The stakes are simply too high.

Apple and IBM have demonstrated that a major tech company can thrive without a political action committee. It’s time for Microsoft to join them.

I will continue to follow this story. If you work at Microsoft and want to share developments with me, or be put in touch with others working on defunding the PAC, you can reach me on Signal at 415 610 0231. If you work at a Microsoft, Google, Facebook or Amazon and have DACA status, I would particularly like to hear from you. All conversations are strictly confidential.